Omega-3 fatty acids such as DHA and EPA are important to supplement in our daily diet.

Even for people who eat fish and meat, these particular long-chain fatty acids are difficult to consume in sufficient quantities through diet alone.

If you have chosen to eat a plant-based diet they are even harder to come by, no matter how meticulous your meal planning.

Maybe you’ve heard about algae Omega-3 oil and are curious to give it a try.

Like any important decision, it is important to do some research first.

Does the body assimilate the Omega-3s differently depending on the source? What about potential contaminants?

How do Omega-3s from algae compare vs. fish oil?

For a quick answer, Omega-3s from algae vs. fish oil are nutritionally comparable to each other.

In a supplement form, you can get comparable doses of DHA and EPA Omega-3s that your body will absorb in a similar manner.

The major differences that you will find between Omega-3s from algae or those found in fish oil have to do with their respective production methods and sustainability.

In this article, I’ll provide an in-depth review of algae Omega-3 vs. fish oil so that you can make an educated decision about which Omega-3 supplement is best for you. 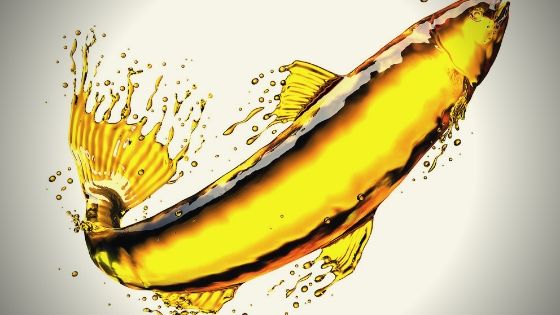 As you have probably realized, the vast majority of Omega-3 supplements on the market are derived from fish oil.

The fish used in the processing of Omega-3 supplements are species such as herring, mackerel, anchovies, tuna, salmon, and sardines.

These fish are particularly fatty, making them perfect for processing for the fish oil industry.

Fish that don’t quite make the cut for human consumption will end up going to the fish meal factory. That’s about 20% of the fish caught worldwide.

All these fish get lumped together and steam cooked at high temperatures. They are then pressed or centrifuged to separate the liquids from the solids.

At this point, fish oil is separated from the meat where it is passed on for further processing. All the water and fish particulates are separated and filtered out of the oil in the refining process.

Once clean, preservatives are added and the oil is stored to be sold for different purposes.

Only about 21% of fish oil produced is for human consumption.

Doubts about purity have plagued the fish oil industry since the issue of heavy metal contamination came to light in the last half of the 20th century.

Nutritionists and doctors alike recommend eating seafood but simultaneously caution about eating certain species or eating too much fish due to these concerns.

Labdoor, a private supplement testing company, provides some hard data regarding the concerns about contamination in fish oil.

They analyzed 54 of the best-selling fish oils on the market. It was discovered that all but 4 contain 50% or more (per serving) of the permissible mercury content.

They also found that every single product contained measurable levels of PCBs. (PCBs are industrial contaminants released into the environment worldwide for about 60 years, before being widely banned in the ’80s.)

Sure, the amounts of PCBs found in fish oil fall within allowable limit of 2ppm, but the state of California in the US has decided anything more than 0.09 ppm requires a warning label.

Check out what clearwater.org has to say about PCBs.

It is generally observed that Omega-3s are more easily absorbed when they are consumed by eating fish.

There is something about the whole combo of nutrients, minerals, fats, and proteins that interact in the human gut to maximize the bioavailability of DHA and EPA.

For people who choose not to eat fish for whatever reason, fish oil is a decent enough substitute to boost your DHA and EPA levels.

It is recommended, however, that you try and find high-quality fish oils that offer Omega-3s in their natural triglyceride form.

These fish oils assimilate more efficiently into the body.

If You Eat Only Vegan or Plant-Based, What To Take Instead?

For a variety of reasons, more and more people are opting to not eat fish. For some, it could be because of environmental pollution and contaminants.

For some, it’s because they eat vegan or plant-based. It doesn’t matter why.

This does create a problem for people concerned about maintaining their optimum health.

Many folks recognize the need to consume the right kinds of Omega-3s.

Unfortunately, some feel that they have to compromise their commitment to a plant-based lifestyle by taking Omega-3 oil produced from fish.

But that is actually not true. 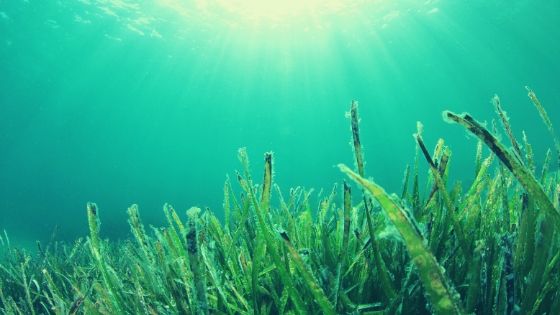 Algae oil has been on the market for a few years now as a vegan or vegetarian alternative to fish oil.

Algae Omega-3s are comparable to fish oil in that they offer DHA and EPA, both of which are elusive in the plant kingdom. Algae Omega-3s are, in fact, the only plant-based source for these essential fatty acids.

Algae is the original source of DHA and EPA in the food chain.

It is the base food consumed by the smallest of critters in the ocean. It eventually makes its way into the fats and tissues of the fish caught to process into fish oils.

When we are making a comparison of algae Omega-3 vs. fish oil, we have to take a close look at how algae oils are produced.

The sustainability and efficiency in producing algae oil differ greatly from the production of fish oil.

👉 Related Article: Is Algae a Good Source of Omega-3’s?

There are nearly as many varieties of algae as there are fish in the sea.

With all that biodiversity, algae can still be classified into two different families. Microalgae and macroalgae.

Macroalgae is seaweed. Microalgae is the green slime that grows on your aquarium.

That sounds gross, I know.

Macroalgae of different kinds are widely cultivated in seaweed farms throughout the world’s oceans.

Microalgae are the lipid dense powerhouses that get turned into algae oil. These little micro-plants are where the Omega-3’s DHA and EPA are born.

Don’t worry, not any old aquarium slime is being processed into Omega-3 algae oil.

Of the over 30,000 species of microalgae, one variety, Schizochytrium SP., is widely cultivated for the purpose of Omega-3 oil production.

This species contains naturally occurring DHA where most other microalgae contain only EPA fatty acids.

Different techniques are used to produce enough quantity of microalgae for processing into oil.

Some growers use fermentation, where the algae grow in enclosed containers without any actual photosynthesis taking place.

Others use closed systems, where algae are grown in clear containers that require only light, minerals and carbon dioxide.

When looking at algae oil vs. fish oil, the biggest difference you will find is this (and it is a huge difference):

The means of production are strictly controlled. Very specific species of algae are cultivated in very clean, closed environments, before being processed into high-quality algae oil.

Do algae oils contain any contaminants? Are PCBs a concern? What about mercury?

Referring back to Labdoor, the company that studied contamination in commercial fish oil supplements, we looked up the study on the purity of algae oil Omega-3 supplements.

Considering the growing conditions and laboratory-like processing facilities that algae oil producers work under, it is no surprise that algae Omega-3s are remarkably free from contaminants.

Not a single brand studied exceeded the safe levels of heavy metal contamination as defined by California’s exceedingly strict standards of purity.

To wrap up our comparison of algae oil vs. fish oil, we have to look at the question of bioavailability.

Does our body absorb the Omega-3s from algae oil efficiently? Is algae oil digestible?

According to the research, the bioavailability of DHA and EPA Omega-3s from algae oil is about the same as if they were coming from fish oil.

So, Which is Better? Algae Oil or Fish Oil?

As health-conscious consumers, we spend a lot of time and energy researching what is best.

When we think about our own health, we often do so in the context of the health of the planet.

There is simply no need to compromise.

Algae Omega-3 Oil Supplements, What Are The Benefits?

5 Reasons Soy Protein Powder Could be a...

Thank you for the quality informationi was searching for.

Article has one grammar error.
Under the headline ‘If you eat only vegan…’ there is a mistake in a sentence ‘This does creates a problem…’
Other than that, this is probably my favourite article, very informative and objective. Good stuff! 🙂

Haha thank you, I have now fixed the typo! And glad you enjoyed the article 🙂