I think you’ll agree with me when I say:

It’s hard to decide if going Vegan is the correct decision.

So I’m going to show you the good and the bad of going Vegan.

Let’s dive straight in with the pros.

I’m going to start with the Vegan health benefits.

There are many more health benefits reported by many people including me than are listed below.

A recent study American Heart Association looked at five different dietary patterns and, according to the author, found that people who ate a plant-based diet most of the time had a 42 percent reduced risk of developing heart failure and cardiovascular diseases over the four years of the study, compared to people who ate fewer plant-based foods.

Just remember to no be a total junk food Vegan and you’ll see the benefits on your ‘ol ticker.

This one isn’t rocket science. If you’re eating more plant based whole foods and less other animal based junk foods (Pizzas, Burgers, Subways etc) then you’ll body will thrive and be at its optimal weight.

There’s is one caveat though, 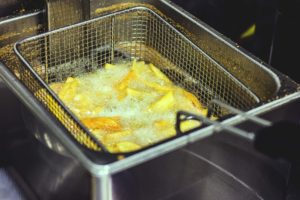 There’s still lots of unhealthy Vegan foods so just limit those for treats and you’ll be a lean mean vegan machine.

On a side note:

Next thing that may surprise you is,

Eating a plant based diet can be super cheap.

Since switching to a Vegan diet I’ve cut my weekly food bill in half.

Foods staples like lentils, beans, legumes and rice and fruits and vegetables are so cheap.

If you want to see how cheap eating Vegan can be then check out this YouTube channel Vegan Physique.

There’s lots of great Vegan on a budget meal videos.

Check this one out and see how cheap it is.

Told you it was cheap!

There are lots of great tasting foods

The good thing is:

Once you ditch the meat and dairy products you’ll gain a real palet for clean wholesome foods.

They just taste so much better.

Before I decided to adopt a vegan diet I used to crave rubbish foods but once I made the switch my taste buds came alive again.

I actually started to love fruits and other wholesome foods.

Give it 30 days and I’m sure you will feel the same.

Veganism helps save the planet

That’s right being Vegan will help save the world we live on.

The main way it benefits our planet is it…

The Vegan diet has been shown to leave half of the carbon footprint than a meat lover diet.

By not eating any animal products you’ll be helping the planet whilst helping yourself.

I never got into Veganism for the animals, I did it for health but after watching a few documentaries on the animal farming industry I’m glad I don’t eat meat anymore.

56 billion farmed animals are killed every year by humans.

That doesn’t even include fish because that’s worked out by the tonne.

This infographic will give you a better visual. 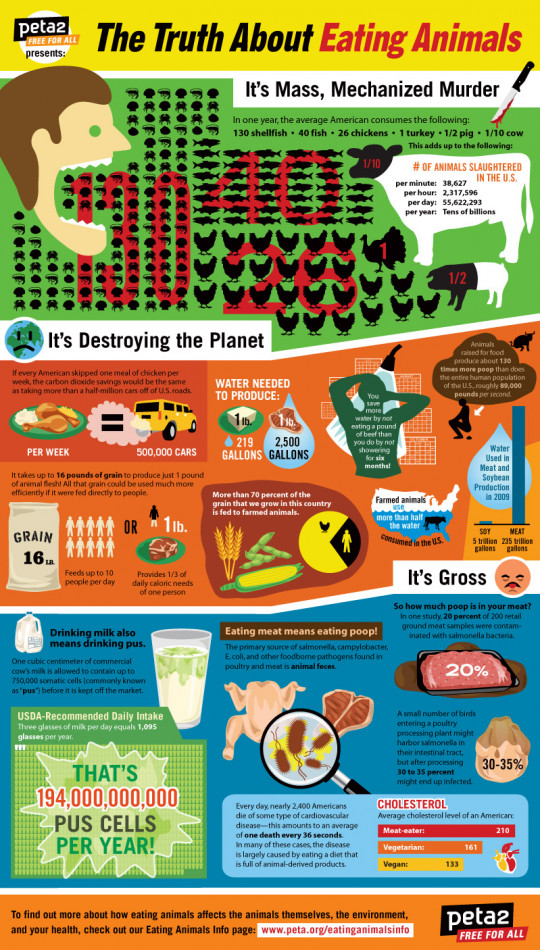 It can’t be a bad thing not eating meat. That’s for sure.

If you want to watch a documentary on the impact of eating meat then I highly recommend Cowspiracy. 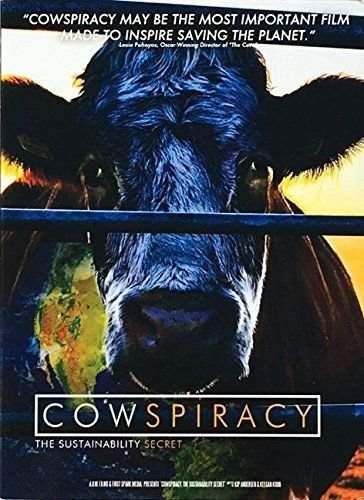 It will blow your mind what the effect of eating meat on our planet really has.

You can get it here on Amazon.

Or it’s on Netflix if you have that.

Now back from the doom and gloom.

The next good thing about being Vegan is,

There’s a strong community of vegans out there who are amazing conscious people.

Finding out someone also shares a passion for being Vegan is always a quick way to make a new friend.

Some of the coolest people I know are Vegans.

I’m vegan so they must be 😉

So now we go to the dark side of Veganism.

Well, it’s not that dark but there are a few not so great things about being Vegan.

I’m not going to be like oh there’s no cons as there are. I’ve listed the cons that affect my life.

But don’t worry you can deal with it.

Vitamin B12 needs to be supplemented

Vitamin B12 is naturally found in animal products, including fish, meat, poultry, eggs, and dairy.

Very low B12 intakes can cause anemia and nervous system damage.

I know it sounds scary.

But you can still get it in your diet you just need to know where to get it.

The only reliable vegan sources of B12 are foods fortified with B12 (including some plant milk, some soy products, and some breakfast cereals) and B12 supplements.

I personally use nutritional yeast. Like the one here, 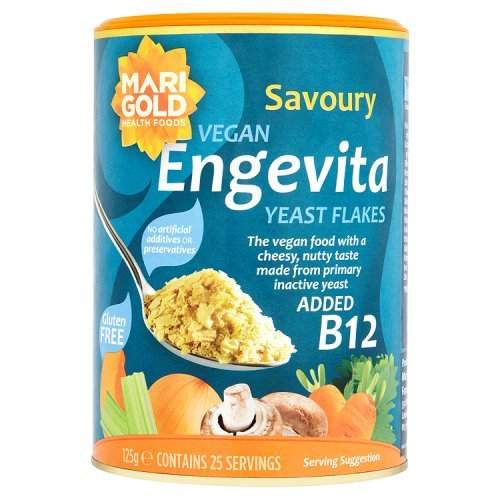 You can get it on Amazon really cheap here

It gives food a cheesy flavor and provides nutrition that is often lacking in vegan & vegetarian diets.

Also, B12 supplement would work well too. 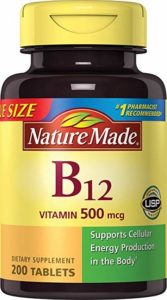 Check out all the B12 supplements on Amazon here.

Eating out as a Vegan can be tricky.

It can be a little awkward if you get invited out to Nando’s for your nephews birthday but you just end up eating a leaf salad.

You feel little like a party pooper when you eat just chips when at a steak restaurant with Family.

To be honest though, those times are changing as most restaurants and fast food joints offer Vegan alternatives.

Fancy going for a #vegan lunch tomorrow in #London to cure that #hangover ? We’ve got you covered with our pick of the best places to get #VeganFood around, featuring @templeofseitan who serve 100% #VeganFastFood https://t.co/I5AmVZjLCn pic.twitter.com/RZqF821d65

See it ain’t all bad.

It can be damn good actually!

No more bacon cheeseburgers and pizza

Listen, I ain’t no puritan.

Just because I choose not to eat meat or dairy I still like the taste or pizza and burgers (non-Vegan ones that is).

More so than chocolate.

But that doesn’t mean there aren’t great alternatives.

Vegan meat can be alright, I actually really like vegan sausages which I have in hotdog buns with onions, ketchup, and mustard.

They taste great. You can also have vegan pizza which can be nice depending on what you go for.

I like the falafel vegan by Goodfella’s pizza. Mmmm!

Pick yours up in @sainsburys and @asda now.
Happy slicing! pic.twitter.com/raxLdjXR6f

Even though you might not be able to eat some of the things you used to eat.

You can nearly always find a veganized alternative.

Vegan chocolate is the bomb homey! Trust me.

But the thing is,

You need to go through a learning curve.

At first, you aren’t going to know things like where do vegans get protein from?

But there are loads of vegan protein sources.

You just need to learn where.

This stuff just takes a little time and effort. I highly recommend watching YouTube as you’ll learn a ton from there and it’s very easy to binge watch.

You’ll be a fully fledged Vegan in no time.

And remember it’s a Vegan diet, not a Broccoli diet so don’t end up starving yourself.

That’s one of the biggest mistakes people make when becoming a vegan they don’t know what to eat and end up basically starving themselves.

Eventually giving up and going back to meat and dairy.

If only they had some knowledge they would have realized how tasty, filling and healthy plant based food really is.

People may judge you

People will always judge us and to be honest:

It none of our business what others think. It only matters what we think.

I used to care too much what people thought and reality it doesn’t matter.

If you want to go Vegan then you should.

Most of the time the judging comes from people who just have no understanding around veganism.

For example, I used to think Vegans where always hungry and mostly ate things like Broccoli.

But how wrong was I?

It was only after being attracted to it by seeing the health changes in other vegans I decided to give it a go.

And I’ve never looked back!

So there you have it. The good with the bad.

To summarize Veganism pros and cons.

1. Vitamin B12 needs to be supplemented
2. Eating out as a Vegan can be tricky.
3. No more cheeseburgers and pizza (but there are alternatives 🙂
4. You need to go through a learning curve.
5. People may judge you

Thank you for reading this. If you found it useful could I ask you give it a share as someone else might like to read it as well. Spread the vegan love 🙂

49 Plant Based Food Staples That Will Nourish The Body

5 Reasons Soy Protein Powder Could be a...

Algae Omega-3 Oil Supplements, What Are The Benefits?

Vegan Protein Powder and Gout – What You...